The Burning Hour is a story of the volatility between tradition and public necessity. On one side, the Mapps, a fiercely independent Native American family, who fight back as government agencies ignore treaty agreements and try to exert control over Mapp family land. On the other, Nick Delgado, a young wildland firefighter for the Bureau of Land Management, searches for his own place in a world that teeters between alien and achingly familiar. Faced with the driest fire season on record, the Mapps must place their trust in a government less than honorable, while Nick struggles with regulations and familial expectations to become the man he needs to be. 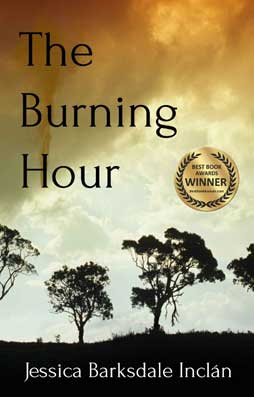 "I can say truly [The Burning Hour] is a novel I won't ever forget: it's rich with characterization and social conflicts, suspenseful and engaging, and a vivid portrait of a unique place and its inhabitants. I feel these characters deeply, understand the complicated motivations that make them tick, while at the same time am immersed in their essential mystery, the essential mystery of being human