They are here among us

Far from home, gifted with special abilities, hunted for their powers. And they are desperate to find their other, the one who completes them before it's too late.

Together, anything is possible.

As leader, Edan Mirav must protect his people from the enemies who wish to destroy them. Despite his extraordinary abilities, Edan has not been able to locate his double - the one person who could make him whole and help him control his remarkable power to age himself with a simple thought. With her, he can grow even stronger. Without her, he is doomed to an uncertain fate. Just when he's about to abandon all hope, she stands before him in the blazing hot sun of the desert like a shimmering mirage.

Recently rescued and freed, Ava Arganos has been working in the desert - and waiting for the day that her double finds her. When Ava first lays eyes on Edan, she doesn't recognize him immediately even though she feels the charged, sizzling connection between them. Now united, Edan and Ava surrender to a fiery, explosive passion that only renews their bond as they combine forces to battle their most treacherous foe yet... 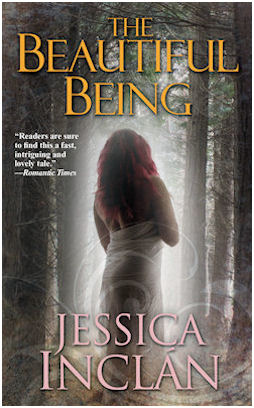 "This is truly a beautiful tale, one that gives readers a wonderful look into a world just beginning. Many questions are asked, but there are very few answers, so Inclán's novel has a certain philosophical feel. Readers are sure to find this a fast, intriguing and lovely tale."

Summary: The world of Cygiria has been destroyed, its remaining people left on another planet where they must fight to rebuild a culture they can hardly remember. Destined to find their one true love, Edan and Ava have lived a life of loneliness and anger without each other. Ava uses cooking to find a purpose in her life, while Edan has been put in charge of their world and future well-being. Once they find each other, they begin to realize their people's true power and how it can save them from their enemies, the Neballats. But when evil intervenes with good intentions, love must work to truly conquer all. (ZEBRA, Oct., 272 pp., $13.00) MILD